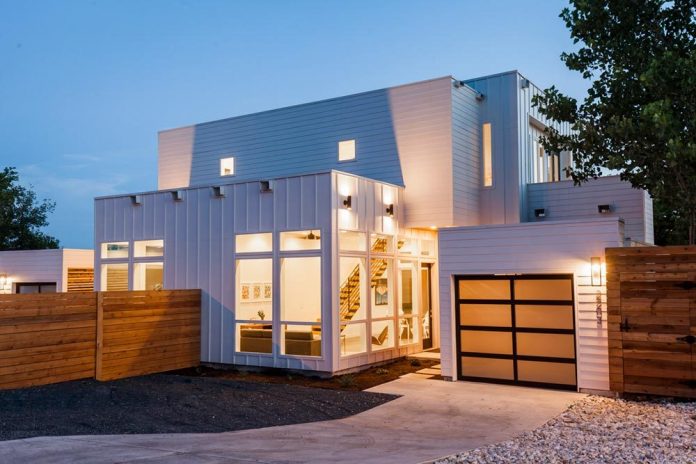 Over the years, Ghana has experienced diverse challenges in the sector of housing. Housing deficits are one of the seemingly silent yet prevalent cankers our country is faced with due to factors such as city expansion, overcrowding, declining quality of housing and lack of access to housing services. In order to curb this aggravating situation, Ghana needs to adopt quick, short term to medium term plans in addressing this canker, as housing is a vital sector that plays a key role in enhancing effective development as well as attracting investors to the country.

Statistics have proven that the majority of Ghanaians fall within the middle to the low-income sector and as such, cannot afford decent housing either through the purchase of the property where they acquire full ownership rights or even through rental payments. Previous attempts at resolving this issue have proven quite ineffective. A good example is the affordable housing project initiated by the government, which unfortunately many Ghanaians cannot afford.

The housing deficit in Ghana is gradually worsening every day and is hence, a situation that requires the urgent attention of all. A lot of our communities are gradually turning into slums filled with houses that are unsuitable and overcrowded. Due to the inability to afford actual, decent homes, people tend to build shabby structures anyhow and anywhere without any form of community planning where provisions are made for basic social facilities such as hospitals, markets, waste disposal sites, etc. A typical example is the Nima Community in the Greater Accra Region of Ghana. Such communities are poorly planned without taking into consideration easement factors such as road networks, utility services requiring the construction of poles, laying of pipelines, drainage systems, etc. Some houses even lack one or more basic amenities such as toilets, bathrooms, kitchens and living rooms. Others have few or very small windows, which make the rooms stuffy without proper ventilation.

The people who are forced to abide in such crowded and unsuitable areas are faced with health hazards such as air-borne diseases due to improper ventilation. Diseases like cholera, malaria, typhoid also tend to be endemic in such areas due to poor sanitation. Outbreaks of communicable diseases like tuberculosis, Hepatitis B, Flu, and Measles, also have the tendency of wiping out an entire community due to their over-reliance on shared yet unhygienic amenities like public toilets and bathhouses.

According to the UN-HABITAT commissioned report, the country had a total housing deficit of 2.5 million rooms implying a worsening of the deficit by about 47% since the earlier estimate in 2000.

As a result of the drastic rise of the dollar, Landlords have taken advantage of the situation to make their renting business highly lucrative. Landlords demand a year or two years rent advance contrary to the provisions of the Rent Act, 1963 (Act 220) which lays emphasis on monthly rental fees or a maximum of 6 months’ rent advance. Currently, to get a reasonable, neat accommodation in a decent community in Ghana, one would be required to spend not less than GHS2500 a month for a two to three bedroom self-contained, compound house or about $3000 and above a month for a luxurious apartment or a house.

Many young people hence, end up spending more than half of their earnings on accommodation leaving them with barely enough to cater for other basic needs such as food, transportation, health care and other responsibilities they may have such as catering for dependent relatives, furthering education but to mention a few. The determined few who struggle to buy the land may end up not able to put up a building. Such lands, when left bare by their owners are at risk of being lost through various ways such as being adversely possessed by another whose rights and titles are inconsistent with that of the original owner.

In the event where this occurs, failure of the owner to take steps to recover the land pursuant to the requirements of S.10 of the Limitations Act, 1972 (NRCD54 may result in loss of property. Others who attempt to dive deeper into the ocean may actually succeed in commencing their building projects early but may take a considerably long period of over ten years to complete their buildings.

A proposed perspective to solving the issue of housing deficits is to use local building materials. One of such modern material globally used is the container house. This, in my humble opinion, could be the long-sought solution to solving the problem of housing deficits in Ghana. Container houses are beautiful and less expensive to build. It would reduce construction costs and improve access to appropriate housing for lower-income households.

Container housing, if given considerable thought by government and other relevant stakeholders in the housing sector, could be actualized to meet the growing demands for affordable housing and eventually bridge the gap created by housing deficits in Ghana. Dutch architect Julius Taminiau is known for creating the affordable office, outdoor cinema nights and space for events in Amsterdam using shipping containers into Startup Village.

Another company that is making huge fortunes from using container houses in their business is Tempohousing, Nigeria.

Container houses are quick to build, durable, easy to maintain, portable and affordable.

The high cost of land, lack of access to credit facilities and high cost of building materials are key constraints that hinder the resolution of the current housing crisis the country is faced with. One can comfortably put up a two-story building using a container. The idea of Container housing can be used to convert slums into well organized and spacious communities. Real Estate developers can also decide to undertake to construct Container houses in a bid to promote the development of real estate as well as to provide adequate, affordable and high-quality housing for Ghanaians.

Investing in sustainable housing shouldn’t always have to follow the same old traditional approach. It’s important to review the issue of housing deficits through a whole new perspective and provide viable and sustainable solutions in addressing the crisis.

South Sudanese teens built a robot to get rid of the world’s oceans of over 8.3bn tons of plastic

Do you know about the coloured band-aid for black skin?

The Final Frontier: Japan’s Space Startups Aim For The Moon And The Stars

The Mogul, the Villa, and the Feud That Launched a Rape Case

Any cookies that may not be particularly necessary for the website to function and is used specifically to collect user personal data via analytics, ads, other embedded contents are termed as non-necessary cookies. It is mandatory to procure user consent prior to running these cookies on your website.